THE VARIANTS LOOKING TO TAKE ONLINE BLACKJACK TO THE NEXT LEVEL

The classic table game of blackjack is one of the simplest card games to pick up and play.

It’s one of the main reasons why it still reigns supreme as one of the most popular table games at land-based and online casinos respectively. Nevertheless, that’s not stopping the industry from wanting to innovate and take the game of blackjack to even greater heights.

Blackjack Switch: Change up your hands

Blackjack Switch is one of the most fascinating blackjack variants you’ll find in any online casino. It’s likely to stand the test of time for many years, simply because it puts greater power and control in the hands of the player. This six or eight-deck game requires players to play two hands simultaneously. All two-card hands are dealt face up, as they are in classic blackjack. Players then have the option to keep their hands or switch the second cards dealt to each hand.

What do you have to give up in exchange for the free switches? The dealer can draw to 22 without going bust. If the dealer has 22, it’ll push against a player’s hand of 21 or lower. 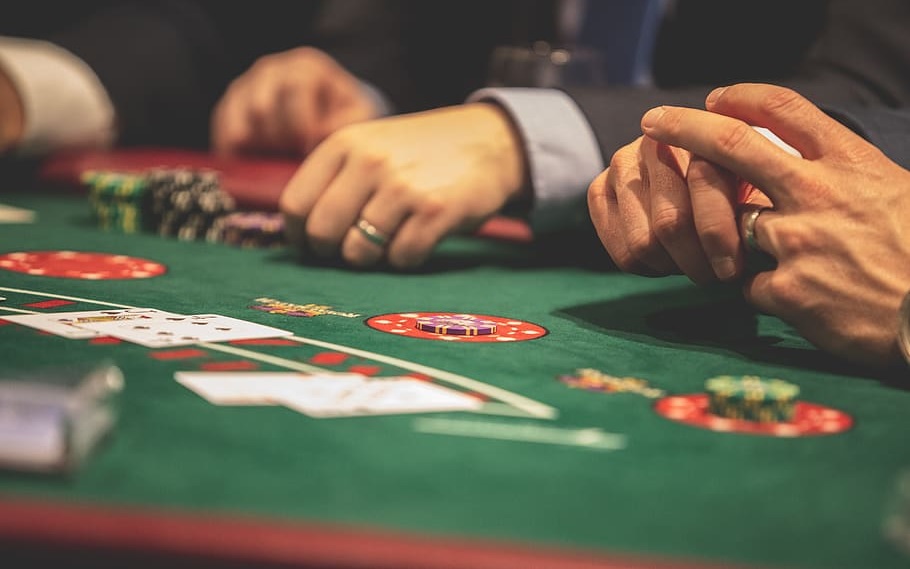 Free Bet Blackjack is the brainchild of Geoff Hall, who has patented a string of variant games including the first variant in our article, Blackjack Switch. He’s considered one of the greatest table game inventors of the modern era. Free Bet Blackjack is one of Hall’s newest iterations, first featuring on the casino floors of Las Vegas in 2012. Hall devised this variant as a game for recreational players unable to grasp the concept of basic blackjack strategy.

With Free Bet Blackjack, players always get the option to double down on hands valued nine, ten or 11 for free. Hard nine, ten and 11 are three of the five best hand values when it comes to the optimal use of double down blackjack moves. Statistical experts have determined that, even when playing eight-deck blackjack, players with a hand value of 11 after two cards still have 32 cards that can build an unbeatable hand of 21. That’s one major benefit of the free double down offerings in Free Bet Blackjack. Although there is one slight catch. The dealer can draw their hand to 22 rather than 21. A hand of 22 will result in a push (tie) unless a player has a natural blackjack of 21.

Players also get the option to split hands for free too. Free splits are offered on any pair except for tens.

Stadium Blackjack: Inclusive gameplay for all

Stadium Blackjack is one of the most popular blackjack variants in land-based casinos. There’s an almost identical version played with online casinos too, called Unlimited Blackjack. In Stadium Blackjack, there are dozens of computerised tables for players to sit at and play. The virtual dealer – powered by random number generator technology – starts the game, with all players playing with the same hand, at least to begin with.

At this point, each player has the option to split, stand, double down or hit the hand, which effectively begins to make it their own. Players venture down their own paths with the initial hand. It’s a win-win for all – the casino gets more active players in one game and players don’t have to sit around and wait for an empty seat to appear at a table.

Spanish 21: Blackjack but without the 10s

Spanish 21 alters the mechanics of the classic game of blackjack. Rather than playing with a conventional 52-card deck, the dealer will deal from a 48-card deck. All four tens are removed from play, which may not sound like a good thing. Nevertheless, Spanish 21 switches up the rules further still to make it a fascinating alternative. Blackjack payouts are always 3:2 and players always win with a blackjack even if the dealer has one too.

The relaxation of rules also allows players to double down after any number of cards have been dealt, instead of the classic rule of after the initial two cards. Late surrender is always permitted, and you can even choose to surrender after doubling down, splitting pairs or hitting for a third card.

If you’ve always hankered after a fresh dimension to your blackjack gameplay, be sure to sample this quartet of variants during your next session.

What is Gaming Curacao?

5 Things All Casino Gambling Fans Are Sick of Hearing